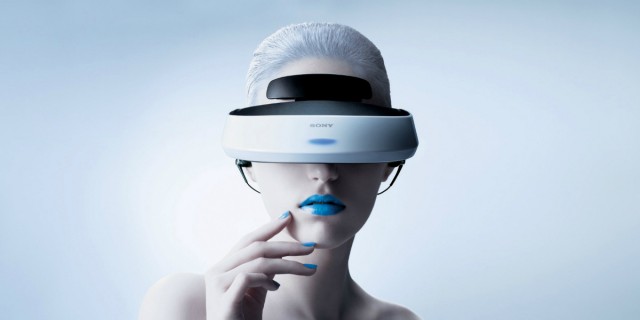 Playstation 4 gaming consoles can barely support a decent resolution with a 60FPS frame rate. In these circumstances it is no wonder that the developers at Sony have encountered serious problems when they realized they would need the processing power to support the 75+ FPS frame rates required for virtual reality glasses.

The concern of those who already tested virtual reality glasses, such as Oculus Rift, it was quite legitimate when it appeared the news that Sony is working on virtual reality glasses for PlayStion 4, under the circumstances that the console barely copes with games developed for modest resolutions and frame rates.

Considering this situation, Sony adopted a last minute solution and decided to deliver the PlayStion VR glasses with another processor, in addition to the on in the console, in an external box, to assist in the performance needed for virtual reality applications.

Coming in a bundle with the PlayStation VR glasses, the PSVR box (PlayStation VR) measures 140 x 140 x 35mm and has its own power supply, separated from the console. According to Eurogamer, the box has two HDMI in and out ports, and a USB port that connects to the console. In front are two outputs strictly dedicated glasses.

No one knows exactly what kind of parts are placed in this magic box, but apparently it helps in increasing the projected image into a virtual environment with up to 120Hz so as to prevent dizziness that VR glasses usually a cause.

Sony gives the impression that he returned to the ’90 with this intermediate method of making compatible virtual reality with a two year old console, but if it gets the job done, I do not see why not to buy it eventually. At least this way, PlayStation consoles owners will no longer have to wait until the next generation of consoles to play virtual reality games.