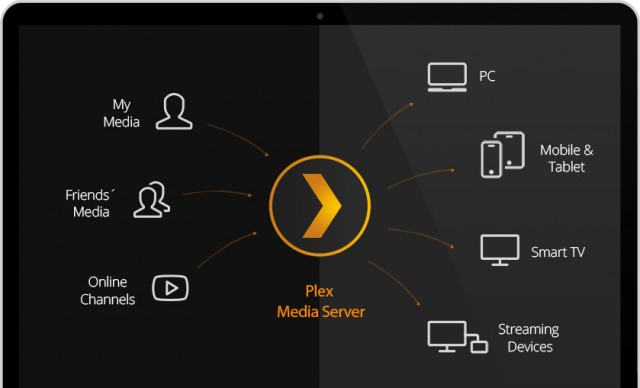 While technology increases at a rapid pace today, there has been an ever increasing need to simplify things. We as humans are a weird species. First we have an urge to complicate things, and then we need to simplify them. While we need a computer to store our media, we need another app which would then sort our media! Plex has been one of the most efficient softwares when it comes to media management. It organizes videos, music files and photos from personal media libraries and then streams them to compatible devices.

A little over a year ago, Plex arrived for the XBOX One and the XBOX 360, and then on the PS4 and PS3 this year. The performance of the apps were as good as it always was, but what bummed many users out was that they had to pay $5 per month in order to use the services of Plex by buying a Plex Pass.

Plex is one of the most useful tools for media management as it helps unclutter all the media and streams it in a very organized fashion.

While earlier this year, Plex made the app completely free of charge on the XBOX 360, they have, in a recent update, made it free for the other three consoles as well. Users no longer require a Plex Pass to use the services. However, regular users of Plex won’t be surprised much as Plex has often done it whenever they release a new update, they make it pass-only, while the older services can be used without a pass. As per Digital Trends, this update also brings in several new bug fixes and improvements to the Plex app. The Xbox One app has now added the options for screen dimming to help plasma screen owners protect their TVs, and now shows a Continue Watching option on the home screen. Also, for the PlayStation users, they can now mark seasons or even entire shows as watched or unwatched directly from their console.

The world of gaming has been progressing at a very rapid rate and thanks to these free updates and upgrades, the user interest as well as the engagement rates have been going up. With more such offers coming out in the holiday season, expect the XBOX One and PS4 consoles to get an even bigger boost.

You can read the release notes from Plex for PlayStation and XBOX here for more details.