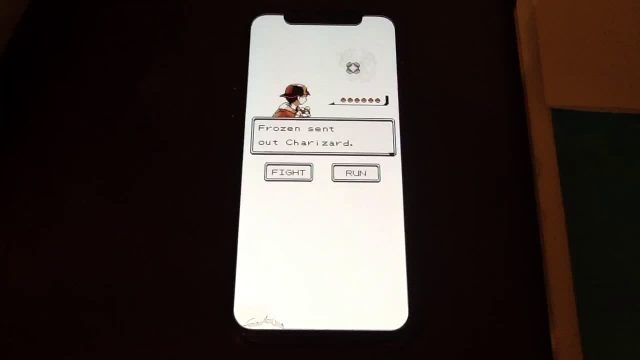 PokeCall is an upcoming iPhone call manager tweak based on the original Pokemon Game Boy video game. This PokeCall tweak changes completely the boring iPhone incoming call screen with a battle scene from the before-mentioned game. This simple tweak could be the best proof of iPhone Jailbreak in years.

A Reddit user that goes by the name of FrozenPenguinToaster is the creator of this project and its developer. This guy thought that the incoming call screen on iPhones is very dull so he figured out how to bypass iOS’s secured code lines to change the screen completely.

He chose to implement a battle scene from the original Pokemon Game Boy game to replace the boring classical iOS incoming calls screen.

FrozenPenguinToaster has even released the proof his tweak is running via a video.

The Reddit user admitted that, for the moment, he is still working on this tweak, entitle by the community as the best proof of iPhone jailbreak in years.

When he’ll finish it, the incoming call screen tweak will be customizable since it will permit users to choose different Pokemon trainers for different contacts, as well as, which Pokemon characters will be sent in battle.

While this tweak will is definitely a step forward, the jailbreaking community is waiting for more

Still, there is no iOS 11.3 Jailbreak solution and not even one for the iOS 11.2.6, despite the promises made by some developers.

Just earlier, we’ve talked about how the only jailbreak-friendly bug, a 0day vulnerability in iOS 11.3, will not serve for a jailbreak since its discoverer, Min Zheng, decided to cooperate with Apple to fix this.

Yet, this PokeCall incoming call screen tweak, based on the original Pokemon Game Boy video game, remains the best proof of iPhone jailbreak in years, according to the jailbreak community.