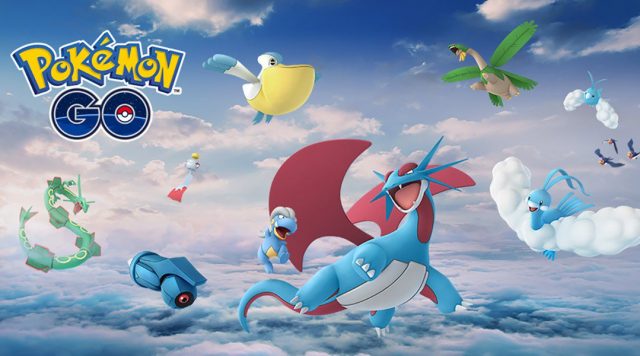 Even though Pokemon fans are still busy gathering all the rewards and bonuses they got during the Legendary Week, it seems like Niantic is keen on keeping them entertained because a brand-new update is scheduled to come out. The update features the “0.93.3” version number and dataminers are saying that it is solely focused on improving the game’s stability and adding bug fixes.

As previously mentioned, this update was spotted by dataminers who were able to find out a little bit of information about it. Even though the update might not include any new and groundbreaking features, fans should still be eager to get it because it introduces a handful of bug fixes that will improve Pokemon Go’s overall performance.

“We are seeing massive shifts in the code base, with various tracing plugins being added and removes. More than anything else, the 0.93.3 update is dedicated to bug fixes and refactoring – the process of reworking the already existing code base” said the folks from the Pokemon Go Hub which specialize in datamining.

One of the most important things that dataminers have managed to spot in previous codes is information about single player quests. This leak got everyone hyped up because singe player quests would surely make the game a lot more fun to play. Unfortunately, it doesn’t seem like this upcoming update is going to introduce this highly anticipated feature.

On another note, Pokemon Go fans can keep themselves busy with the latest event that Niantic released. The Legendary Week event got players to fight against Groudon and Kyogre, which are now removed from the game.

Now that Groudon and Kyogre are no longer, Niantic is going to reward players for fighting them off with increased spawn rates for windy weather Pokemon such as Slowpoke, Bagdon and Abra.