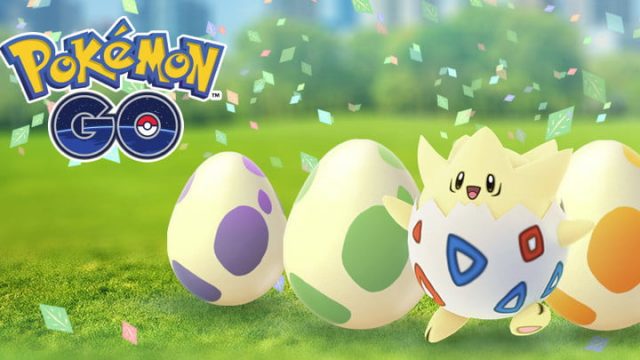 Pokemon Go fans have another reason to be happy: the game’s developer, Niantic Labs, is hosting an important event this week: they are bringing back the Eggstravaganza event and give game trainers the opportunity to discover cute little Pokemons. By hatching at Pokemon Go Eggstravaganza, gamers will discover new characters like Togepi and Pichu, but other surprises are waiting in store for those who will join this interactive event.

Niantic announced the return of Pokemon Go Eggstravaganza earlier this week on the game’s official blog. According to the developer, the event started on March 22nd and it will run until April 2nd. The opportunity is great for passionate fans, because they will be able to hatch exclusive Pokemons and meet them first. The organizers advice players not to ignore PokeStops and collect every egg that appears on the way, because now they could discover a variety of Pokemons in 2 km eggs.

The Pokemon Go Eggstravaganza is the period during which other types of creatures, like the Psychic and Fairy/Psychic, will hatch from 2 km Eggs. Next to this, the hatch rates for Togepi and Pichu have been increased. Now could be a good opportunity to complete your collection with Fairy and Electric baby Pokemons, if you still don’t have them.

As usual, trainers who attend the event will receive rewards from the organizer: bonus Candy for every hatched Egg, doubled stardust and more. Players can also find special boxes in the in-game shop, so hurry up and get them, because they will be helpful during the hatching quest.

The event has many treats for dedicated players and the only way to enjoy them is to become Eggstravagant. Enroll in the discovery of new Pokemons and have fun with these virtual creatures. For those who haven’t discovered the game yet, we mention that “Pokemon Go” is a reality game that can be downloaded for free on Android and iOS devices.