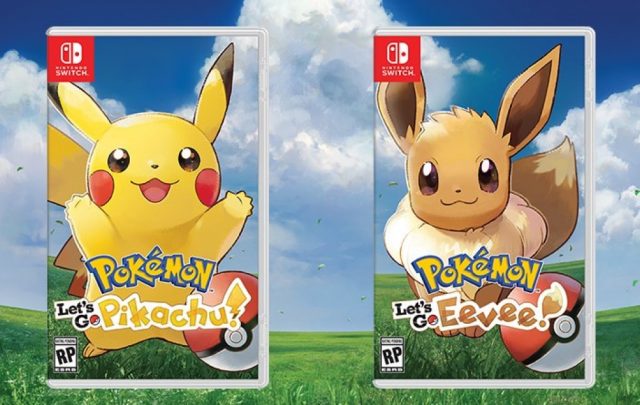 After the presentation of Pokemon Let’s Go Pikachu and Let’s Go Eevee last week, one question remained, namely, how will the online part of the title work, which is expected two months after the implementation of the Nintendo Switch Online. After the misunderstanding about this, Famitsu magazine cleared things up by questioning The Pokemon Company.

In the Pokemon Let’s Go Pikachu and Let’s Go Eevee presentation video, the game’s new features are widely highlighted. Among these, the most important ones are the compatibility with Pokemon Go and the possibility to play with another player, locally, and share the same adventure.

However, nothing has been said regarding the online dimension of these games and we had to wait for the Pokemon Company’s Q&A session before the Famitsu editors for the first details.

Unfortunately, the officials said they “do not plan to use this online service for the moment.”

Pokemon Let’s Go Pikachu & Eevee will allow you to fight other trainers online or locally but this will logically require a subscription to Nintendo Switch Online.

Remember that, while it is currently possible to play online on the Nintendo Switch system free of charge, this will be changed starting next September when Nintendo Switch Online will become a reality.

You will then have to pay a Nintendo Switch Online subscription starting from $3.99 per month, $19.99 per year, or $34.99 for a family subscription (at least eight accounts).