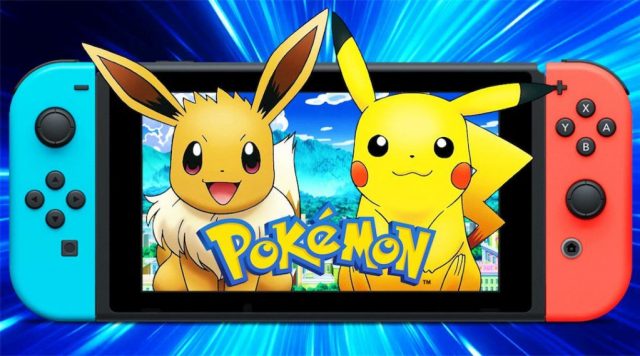 Before going any further, it should be noted that these two games are spin-offs and are not a sequel to Pokemon Sun and Moon.

The main game developed by Game Freak is still scheduled for late 2019 on Nintendo Switch.

The games are very close to Pokemon Go in several aspects

First, the interface for catching Pokemon is more or less the same as the mobile game except that you’ll have to shake your Joy-con to launch a Pokeball.

In addition, it will be possible to connect with Pokemon Go and take your mobile-caught Pokemon characters to these Nintendo Switch games in some kind of animal park where you can interact with them.

Finally, it will be possible to send Pokemon as gifts on the mobile application.

A second player can join us in these games and fight alongside us and explore the world with us.

Since the game is played entirely with a single Joy-con, cooperation is facilitated.

Finally, a dedicated controller is presented in the video called the’ ‘Pokeball Plus” which can replace a Joy-con and which, as its name indicates, comes in the form of a Pokeball with a Joystick on top.

Pokemon: Let’s Go, Pikachu & Pokemon: Let’s Go, Eevee in co-op mode can only be played locally only via WiFi and, on the other hand, only 150 Pokemon characters should be available, some of them could be new Pokemon.

In the meantime, enjoy the trailer below!