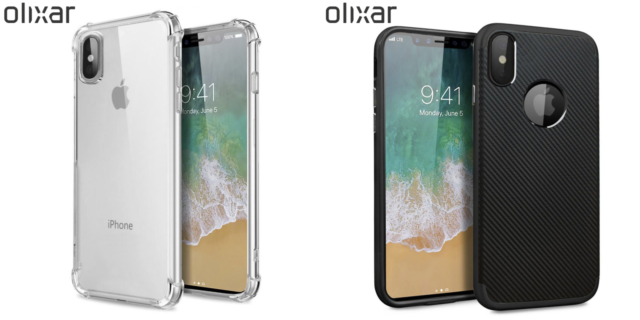 It’s no secret that people go crazy with anticipation whenever Apple releases a new product, but especially a new iPhone. This year’s much-rumored and highly coveted iPhone 8 is no exception.

In fact, the iPhone 8 might be the most talked-about iPhone ever, mainly because this year marks the ten year anniversary of the first ever iPhone hitting markets. Yes, you read that right: the first ever iPhone came into stores ten years ago, in 2007. That seems like a really long time ago, so Apple better make this anniversary one we won’t forget ten years from now.

We now know that the iPhone 8 is coming later this year, just in time to celebrate the anticipated ten-year anniversary. However, while rumors on it are running wild, nothing quite official is known yet about the presumably magnificent device. We do expect it to be the one iPhone to rule them all, but besides that, we’ve got nothing. However, the new Olixar-manufactured iPhone 8 cases that appeared on MobileFun earlier today might give us at least a few clues about the device.

The Olixar iPhone 8 cases are currently available for pre-order, and go up to 26 dollars in price. Yikes! But what do they reveal about the phone itself? Well, for one, now we know that the iPhone 8 will have two rear camera lenses with an LED flash between them, as wellas no home button in the front. This confirms the rumors that have been circulating on the Internet all year about the anniversary iPhone. Other than that, we will have to wait for an official reveal or at least a semi-believable leak to know more details. Stay tuned if you want more details.