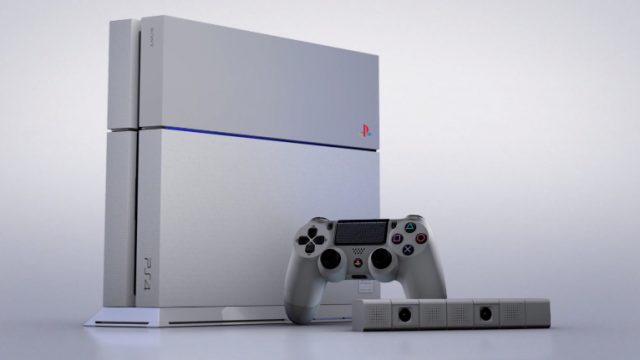 The most popular gaming system in the world is undoubtedly Sony’s PS4 Pro. The last year has been quite an active one for the Japanese tech manufacturer. Sony launched PS VR, PS4 Slim and PS4 Pro all throughout 2016. With such a huge offering of gaming consoles, it’s easy to understand why Sony reigns supreme on the console industry.

Well, now it looks like PS4 Pro fans can acquire a special edition of it. Thanks to ColorWare, a new PS4 Pro has been made available. This product has been dubbed as PS4 Pro Ultimate Retro Special Edition and it makes the PS4 Pro look like the original PlayStation. Worth mentioning is that this special PS4 Pro has been manufactured in a limited number. This is why it managed to run out of stock in just a matter of minutes.

The gaming console can be considered as a collector’s item since it was launched in a limited number of units. Additionally, the device features the same classic look that was used by the original PlayStation. This will give PlayStation fans something to soothe their nostalgia.

As previously mentioned, the device was launched in a limited number. In fact, there have been only 25 units. We think that ColorWare might change its mind and launch a bigger number of units. The reason behind this is that the demand is quite high and PlayStation fans are eager to get their hands on this special edition.

Nonetheless, we think it’s safe to say that Sony has been bringing some huge profits as a result of PS4 Pro’s popularity. This is the first gaming console that’s able to run games in 4K resolution. The Japanese tech manufacturer sold so many units that it released the information online. Sony managed to sell over 57 million of PS4 units in 2016.