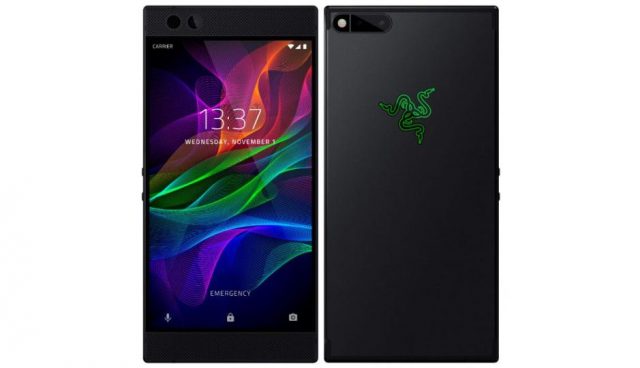 The first gaming smartphone came to market last year with Android 7.1.1 Nougat and is now Razer Phone is getting the Android Oreo 8.1 update.

Razer is a company that has been associated with gaming peripherals for over a decade. Meanwhile, it has expanded its field of activity into the gaming notebook market.

Razer Phone – The First True Gaming Smartphone Of The World

Razer Phone is the first smartphone of the Razer company and addresses all gaming enthusiasts.

The gadget was announced in November last year, and soon after it hit the stores’ shelves.

Razer Phone is among the few phones with a 5.7-inch IGZO IPS LCD panel with a native resolution of 2560 x 1440 pixels.

Under the hood, it hides a Snapdragon 835, it has 8GB of RAM and a 64GB internal memory. It also boasts two main 12-megapixel cameras with 2x optical zoom and capable of filming in 4K resolution.

Although it was delivered with Android 7.1.1, the manufacturer does not seem to have forgotten about the first true gaming smartphone in the world and, therefore, will soon update all the Razer Phones to Android Oreo 8.1.

Currently, the new gaming smartphone firmware is available in a Developer Preview iteration. That means it might include some small stability issues or encounter some errors but if you want to grab it by all means, you can download it using this link.

Besides, you can see the full specifications of the phone plus a list of the best games optimized for this gaming smartphone here.

The final version of the new Android Oreo 8.1 should reach Razer Phone owners by the end of April, although there is a good chance that the updates to be delivered even closer, in mid-April.

In conclusion, Razer Phone, the first true gaming smartphone in the world, will get Android Oreo 8.1 update by the end of April.