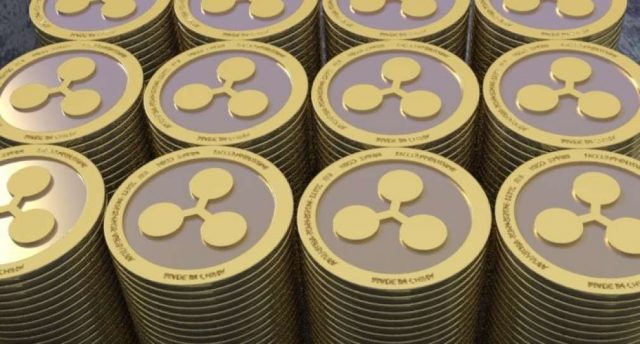 Last week was not very enjoyable if you were an investor in the cryptocurrency marketplace. Smaller digital currencies moved a lot and mostly downward and for some, the trend pointed towards a very bad April. Even one of the most popular cryptocurrencies, Bitcoin, saw a little value drop over the last 7 to 10 days. That has started to change as this week comes to a close. Virtual currencies like Ripple (XRP) have started to see an jump in value over the last week.

Ripple Jumps Over The Last 24 Hours

As buyers become more comfortable with the cryptocurrency market, the values of some of the smaller currencies are starting to see a jump in value. Ripple, for instance, has jumped more than 21 percent over a 24-hour period. Trading at $0.67, Ripple has an overall market capital valued at $26.68 billion.

Ripple is one of the digital currencies that took a major hit over the last couple of weeks. With bad news surrounding the market following more regulations and bans from around the globe, trust in the virtual coins was falling quickly.

New App Based on Ripple Launches

Any time that a new feature, application or support comes into play for a cryptocurrency, investors see a bump in value. The fact that Ripple has jumped over the last 24-hours might have something to do with Santander releasing a Ripple-based application. According to reports, the Ripple-based app was launched for cross-border foreign exchange and Ripple value increased accordingly.

The problem came in when investors confused a “Ripple-based app” and thought it was based on XRP, when in fact, it was based on blockchain. Investors that are not sure what they are buying or selling reacted and that is why the Ripple coin jumped so quickly.

Ripple announced that it was “not a security” and that was another factor in the change in price over a short period of time.