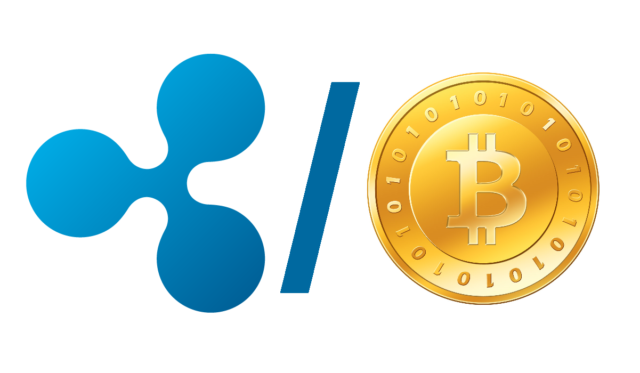 Ripple and Bitcoin, as the father of all cryptos, are two different projects in all terms, even though they share some similarities. The Ripple secured its transactions by using cryptography methods but has no public blockchain, as Bitcoin does.

Bitcoin is run by the participants to its network, in a totally decentralized environment, while Ripple is run by the company with the name.

Moreover, Ripple coins or XRP are issued and can’t be mined.

As mentioned before, Ripple has no public blockchain, which is not common in the cryptocurrencies’ world. However, Ripple runs on the so-called ‘Enterprise blockchain’, Ripple’s internal blockchain, about which not many things are known, at the moment.

At its beginning, the Ripple network was designed for processing fast and safe transactions of anything of a specific digital value, including money, commodities, or cryptos.

Ripple network was designed in 2004, prior to the emergence of the Bitcoin blockchain, in 2009, and its mission since then was to offer a faster and more secure system for transactions.

Ripple has its enemies and its fans, that’s for sure.

While some think the Ripple is going to the moon and advise people to invest in it, others consider it to be a very volatile, thus unstable, digital coin.

Even more in this regard, according to some recent news on Ripple, the main reason why the banks are only testing the Ripple network instead of moving their transactions onto it is the coin’s instability.

At the moment of this review, 1 XRP costs $1.22., and some investors consider that it will rise again to around $3 but, since this is a very volatile coin, the thing can go either way.

This article was originally published at CoinCentral.com