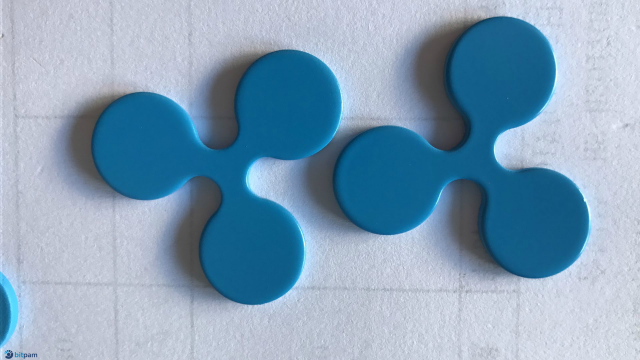 In fact, Cory Johnson recently got together with Bloomberg’s Adam Johnson where he shared his opinion on the cryptocurrency bubble and what he thinks about Ripple (XRP). The two analysts talked about how cryptocurrencies are changing the world with their cross-border payment features and how the XRP token and xRapid platform are developing.

With that being said, today we are going to cover everything that Cory Johnson and Adam Johnson talked about during their latest meeting on the Bloomberg show. Without any further ado, let’s get into it.

The first thing that Ripple (XRP)’s Chief Strategist said during the show was that just like all other companies, Ripple (XRP) was originally a start-up company. He then pointed to Google and Yahoo which share the same origins.

What’s interesting is that Ripple (XRP) is actually not that far away from those companies since its start-up is now worth nearly 3 billion dollars and the market capitalization will keep on growing.

As the show went on, Adam Johnson asked Ripple (XRP)’s Chief Strategist to give out a simple explanation to what Ripple (XRP) really is. The reason behind this being so that listeners who are not aware of cryptocurrencies understand what Ripple (XRP) is all about.

Cory Johnson concluded that Ripple (XRP) is a “unique combination of messaging system, money transfer system and portfolio management protocol”. Not only that, but the Chief Strategist also said that huge companies such as Yahoo and Google for example own hundreds of individual bank accounts which are spread in different countries in order to make local payments. This is where the xRapid platform comes in.

Cory Johnson was very adamant about the fact that Ripple’x xRapid platform will help huge companies place global payments without any issues. More than that, the xRapid platform is able to process those payments in a matter of seconds and to make things even better, the transaction fee is just 0.0004 XRP which means that its virtually free.

The best thing about Ripple’s xRapid platform is that it can process millions of payments within seconds and this avoids creating a cluster in the system. The Chief Strategist made sure to let everyone know that Ripple (XRP)’s biggest goal is to create the first biggest global currency that makes it easier for everyone to trade and perform global transactions in a matter of seconds.

Another interesting thing that Corey Johnson said was that Ripple (XRP) is focused on making the XRP token a global currency instead of a physical asset. Moreover, Ripple (XRP) would be the latest technology when it comes to global payments and it will revolutionize banking systems and finance protocols.

One of the things that makes Ripple (XRP) special in comparison with other cryptocurrencies is that its already been adopted by more than 100 financial institutions. Corey Johnson added that banks are not necessarily interested in the XRP token and its stability, but in what it has to offer meaning the xRapid technology. This is why Corey Johnson believes Ripple (XRP) will be adopted by a lot more financial institutions in the upcoming future.