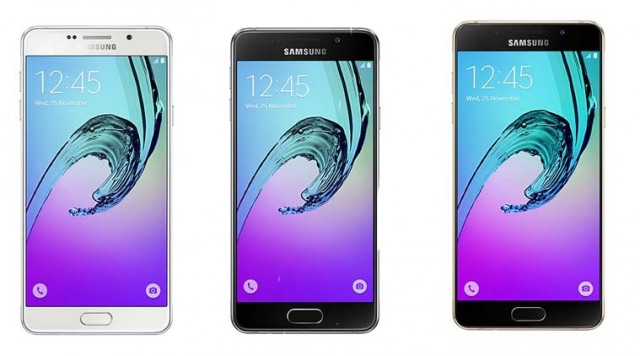 Samsung had few disastrous quarters in terms of smartphones sales, but recovered quickly, partly through the Galaxy A series.

South Koreans didn’t rely only on their top models and certainly will not start now. In addition to the popular Galaxy S and Galaxy Note series for the users of mainstream gadgets, Samsung created the Galaxy A series. The latter is the name of a family of Galaxy devices formed by Galaxy A3, A5 and Galaxy A7. In principle, it is a phone with decent specifications hidden within premium housing.

With the announcement of the updated Galaxy A series, consisting of three new devices, we can form an opinion about what 2016 reserves for us. Samsung Galaxy A3, Galaxy A5 and Galaxy A7 were 4.7, 5.2 and 5.5 inches in diagonal. In each case, the housing was made of a combination of metal and glass, “beautiful and harmonious premium design”. The frame of the display is almost nonexistent in each of the three models, only serves to further enhance the visual impact of the series.

Overall, all three members of the Galaxy A series in 2016 will share the bulk of hardware specifications, starting with the main and front camera. Both in front as in the rear, the photo sensors and the combination of lens will have optical image stabilization and F1.9 function. By double clicking the Home button will go directly into the camera. To align with Samsung’s global effort to become relevant in the field of electronic payments, Galaxy A5 2016 and Galaxy A7 2016 will be embedded with NFC and MST technologies. Samsung Pay will be preinstalled, remaining only to integrate the pay system in the countries where the devices will be sold. Galaxy A7 will use the octa core Snapdragon 615 and will have a 12 megapixel camera, while the Galaxy A5 and Galaxy A3 will be limited to a quad core 1.2 GHz Snapdragon 410, with 13 and 8 megapixel main cameras.