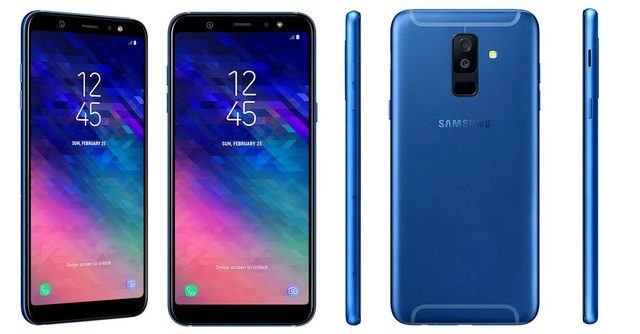 Samsung Galaxy A6 and A6+ mid-range smartphones with Infinity Displays from Samsung are now official as they appeared on TENAA in China and, just recently, on the Indonesian Samsung site. Besides, the upcoming smartphones’ prices leaked along with other specifications.

Samsung Galaxy A6 And A6+ Specifications

Some Samsung fans wondered whether Samsung would be able to implement their new Infinity Displays on the whole Galaxy A series but now we have the confirmation that this will happen.

Both Samsung Galaxy A6 and A6+ will come out with Infinity Display.

The Galaxy A6 will present a single 16MP rear camera and a 16MP selfies camera. In addition, the Galaxy A6+ will boast a dual-camera system on the back, formed by a 16MP sensor and an additional 5Mp one, and a 24MP camera on the front.

Also, both phones will run Android 8 Oreo and will come with IP68 waterproofing and Gorilla Glass, along with NFC, fingerprint sensor, 3000mAh accumulators, USB-C, and a 3.5mm jack for headphones.

Samsung Galaxy A6 and A6+ Prices Leaked

According to some sources, both upcoming A-series mid-range smartphones will be affordable.

Apparently, Samsung Galaxy A6 will cost somewhere between $360 and $410. On the other hand, Samsung Galaxy A6+ will range between $430 and $485. Besides, it has also been rumored that the smartphones will be available in three colors, namely, in black, gold, and blue.