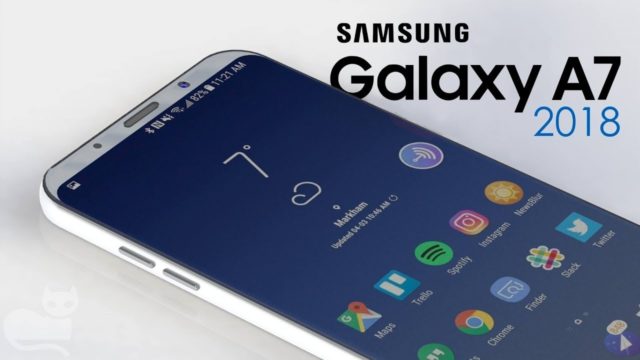 Samsung is the world’s leading smartphone company, and this can be clearly seen in the number of devices that it puts out on a yearly basis. There’s no other company that launches as many devices as Samsung does and there’s no doubt about that.

Take for example, Galaxy A7 (2018). Even though the South Korean tech giant recently launched the highly anticipated Galaxy Note 8, it is already adding the finishing touches to Galaxy A7 (2017).

Leaving the operating system aside, the most important piece of information that this new leak reveals is the fact that the upcoming smartphone will be powered ty the Samsung-made Exynos 7885 processor. Samsung is known for always going overboard when it comes to hardware power and this is why it likes to take matters into its own hands and create its own processors.

Moreover, the processor features eight cores and it uses an ARM 65 architecture. Things get even better since the processor clocks at the rather fast speed of 1.59GHz. Finally, the last thing that this new GeekBench leak reveals is that Galaxy A7 (2018) will ship with 6GB of RAM.