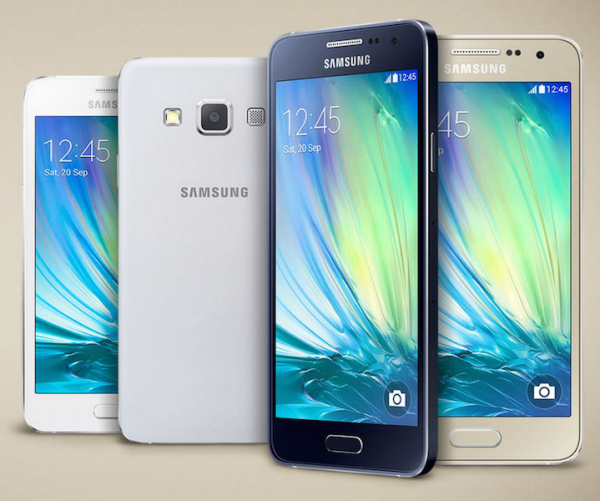 Samsung has just released three new devices from the Galaxy A series, but it does not stop there. The company plans to launch a larger model and with better performance called A9, which will be equipped with a battery out of the ordinary for a device of this kind. It should provide an above average period of usage on a single charge, but there is the possibility you may not see this device very soon in Europe.

Information about Samsung Galaxy A9 appeared on Weibo social network in China, where it appears in photos with the Galaxy A7 and Galaxy A5. Alongside with the images of the device appeared its specifications, along with a launch window and a recommended price. This information is however only valid for its launch in China, differences could exist with its launch in other areas.

It is a smartphone with a 6″ Super AMOLED Full HD resolution, 3 GB RAM, Snapdragon 620 chipset from Qualcomm, 13 megapixels camera and 4,000 mAh battery. Given that it integrates a mid-range processor, the battery pack can power the smartphone for two days of normal use. Besides this, Samsung seems to have integrated the compatibility with the Samsung Pay standard, the payment service is secured using the fingerprint sensor integrated into the “Home” button.

The mid-range premium Samsung Galaxy A9 will be launched in January next year in China, at the price of 3,000 yuan, equivalent to 420 euro.