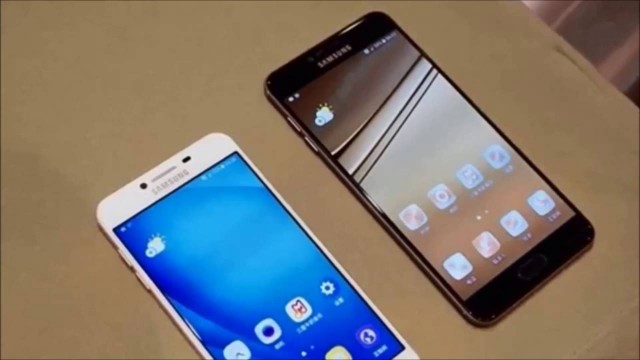 Samsung is launching both of its Galaxy C7 and Galaxy C5 in 2016, and we are going to present you with the major differences in features and design these devices present. Worth mentioning is the fact that these two devices are intended for two separate customer markets, and they will be priced differently.

Regarding display sizes Galaxy C7 will come with a bigger display than C5 and this will give the device an edge over its competitor, making the media intake of the user a lot more enjoyable because of the bigger screen it provides. The biggest differences in the design of both Samsung’s devices is that Galaxy C7 is going to be considerably taller and wider than Galaxy C5, while the C5 model is going to be lighter.

The battery life that Galaxy C7 will have is going to be lasting longer than Galaxy C5’s battery life, and this is only because of the battery capacity difference between them. The only details we have regarding camera features for both smartphones is that the Galaxy C7 model is going to have a front flash installed while the C5 model will not have this feature. Some audio tests have been made to compare the two devices and C7 had a higher audio quality in comparison with the C5 model.

The winner of the comparison is without any doubt the Samsung Galaxy C7 model. Readers should keep in mind the fact that the C7 model is bigger and performs better and because of that its going to be priced a lot more expensive in comparison with the C5 model.