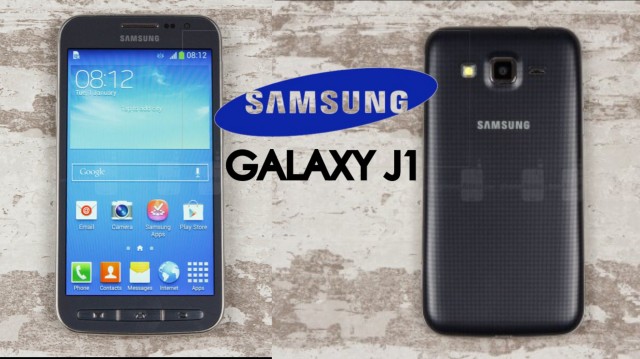 Samsung always had a wide variety of smartphones on the market, but only Galaxy J1 can be proud of the fact that it is the cheapest device in the company’s portfolio.

Unlike Apple stubbornly refusing to bring on the market cheap phones, Samsung was never afraid of launching Galaxy branded smartphones for those with small and very small budgets. Last year, the accessible device launched by the company was named Galaxy J1, and because it appears that the phone was a success, the South Koreans have decided that it is worth a follower.

There is not sure if it would retain the name of Galaxy J1 this year, @evleaks published on Twitter a picture the other day saying that this is how the new affordable device will look like when it will hit the market. The phone mentioned in the image, when compared with the 2015 model, looks nearly identical, but were introduced, however, some fine details. The back looks to have another texture and silver edges are another detail that could attract anyone.

In any case, the result is not remarkable and it was not intended to be so. An inexpensive smartphone should be as simple as possible, and this qualifier is perfectly suited for Galaxy J1. It will be difficult to catch the eye of others as something other than a phone for talking, even if it still comes with preinstalled Android.

The new Galaxy J1 – 2016 will be built around a 4.5-inch display, a little bigger than the last year’s version, 4.3 inches. Unfortunately the resolution will be the same, 800 x 480 to be more precise. The device’s chipset is said to be a Samsung Exynos 3457, which was not yet officially announced, accompanied by 1GB RAM, 8GB of storage and a 5 megapixel main camera. The front camera will be a 2 megapixels sensor. The official price should be made public in the coming weeks.