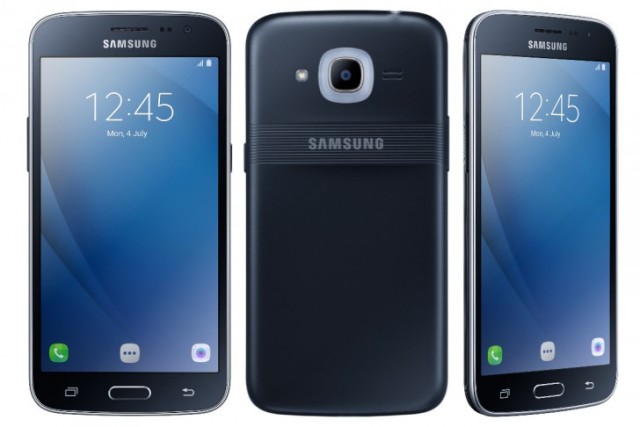 Samsung has released an affordable smartphone called Galaxy Pro J2. The device is available in India, it has a new Samsung technology called Turbo Speed, a management software for RAM running in the background and helps the processor to launch applications 40% faster than other devices having a similar RAM, according to Samsung.

Otherwise, the phone has technical characteristics similar to those of Galaxy J2, announced a few weeks ago. This is a screen with a diagonal of 5 inches (720p), quad-core Spreadtrum SC8830 processor, 2 GB RAM, internal storage capacity of 16GB (plus a microSD slot), main camera 8 MP (plus front one of 5 megapixel) and 2,600 mAh battery.

Like the Galaxy J2, J2 Pro features the new Smart Glow ring on the back, around the camera. The device comes in Dual-SIM variant and offers 4G connectivity.

Galaxy J2 Pro costs the equivalent of $150 in India. It is not known yet whether Samsung will launch the model in other markets but as we’ve seen in its previous strategies, it is most likely to do so.