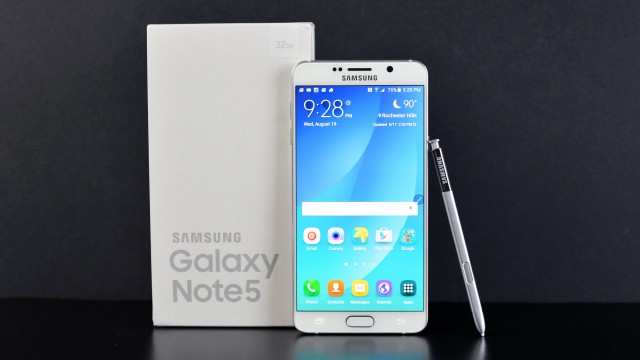 The Koreans at Samsung have repaired probably the only important issue with the Samsung Galaxy Note 5 model.

As you probably remember, at the launching event of the Samsung Galaxy Note 5, they have presented a new spring mechanism that released the stylus with just a touch. Later, however, it was discovered that if you put S-Pen stylus backwards, with the back and not with the tip foreword into its support, no matter how slowly, it would get stuck into the phone, jamming the spring mechanism.

The only option was to shake the phone until the stylus was released from the spring mechanism, but those at Ars Technica had some problems with the phone detecting the stylus afterwards. Usually, when you take the stylus out of the Note 5, the phone will automatically open the note taking application, but this feature proved not to be available after the experiment.

As Phonearea writes, Samsung has recently came up with a solution for this problem without making an official announcement about it. The new Samsung Galaxy Note 5 will come with a better stylus detection system than its previous version, which will not break as easily as before. In the pictures released, you can see the two versions. The new mechanism can move in both directions, so the S-Pen stylus won’t get stuck anymore, even if it’s introduced upside down.

Even so, the website mentions that you will not be able to tell which version of the phone you will be buying without opening the phone, so it is still recommended not to introduce the stylus upside down.