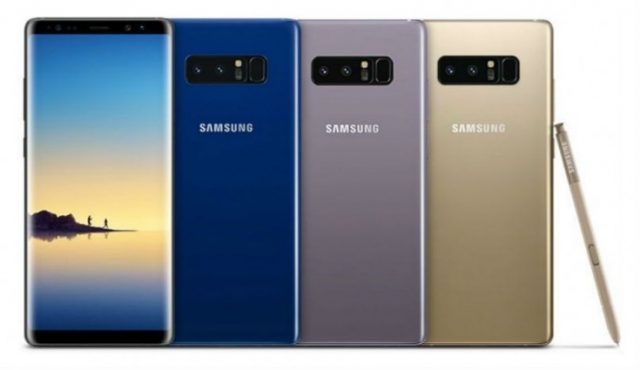 In the same week of the release of Android P Developer Preview 1, Samsung has revealed their plans going forward about updating some of its devices to Android 8.0 Oreo.

They recently posted a list detailing a handful of devices and when they will be getting the update. As it stands right now, only the Galaxy S8 and the Galaxy S8+ models got the update, while the new Galaxy S9/S9+ come with it preinstalled. Reportedly, though, devices such as the Samsung Galaxy S7, Galaxy S7 Edge, Note 8, A3, A5 and A7 will get the latest version of the Android OS soon.

Apparently, if we are to believe Samsung’s turkish website guncelmiyiz.com, the Galaxy Note 8 is going to be the first device to get the update to Android 8.0 Oreo on the 30th of March.

Next up, the Galaxy S7 and Galaxy S7 Edge will receive it, on the 13th of April. There are also some rumors going around that the Samsung Galaxy S6 might get it, too, even though it has already received two major Android upgrades.

Additionally, the 2018 smartphone Samsung Galaxy A3, Galaxy A5 and Galaxy A7 will receive the 8.0 Oreo update too. These 3 were previously sold with Android Nougat installed. The date these will be receiving the update is the 25th of May.

Weird enough, Samsung has not provided any information about shipping the Android 8.0 Oreo update to the smartphone users located in India. One should not confuse the 2018 versions with the 2016 versions of A3, A5 and A7, as the latter will not be getting the update.

We should note that this is a restart of the Android 8.0 Oreo rollout, after it getting shut down back in February because of a reboot glitch. Therefore, we should not expect a lot until we have the update, as anything can happen between now and April 13th.

Are you excited to have your OS updated? Tell us your thoughts down in the comments! And as always, stay tuned for more information regarding Android 8.0 Oreo!