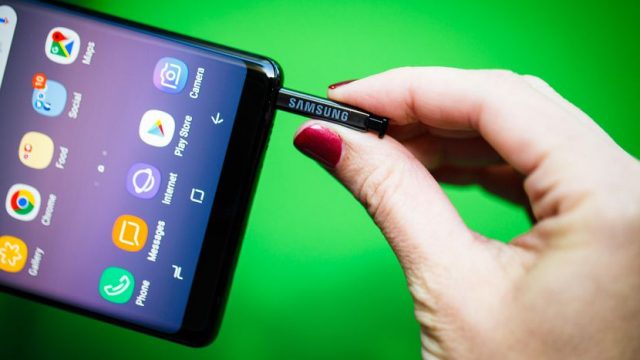 Samsung has been issuing new smartphones every year for quite some time now. The latest Samsung Galaxy S series has been released earlier at the Mobile World Congress (MWC), which has been named as Samsung Galaxy S9 and S9 Plus. Everybody knows that the Galaxy S8 and S8 Plus were launched in 2017. After that, the Galaxy Note 8 was released too with the Android 7.1 Nougat OS.

The Samsung Galaxy S8 and S8 Plus were originally released with Android 7.0 or 7.1 Nougat. Nonetheless, the company has now implemented the latest Android 8.0 Oreo OS, along with the TouchWiz UI for the smartphones but the other leader smartphone from last year was left out of the Oreo update.

We have received great news for those who own a Samsung Galaxy Note 8. According to Samsung’s official Turkish website, the Galaxy Note 8 will receive the official Android 8.0 Oreo update starting with the 30th of March.

This however does not mean you will get the update on March 30, or anytime close to that, but merely that it will be released in Turkey starting then and then it will arrive in other regions soon enough.

All in all, February should be an interesting month for Samsung enthusiasts especially since the OEM also plans on launching its next flagship series – the Galaxy S9 – at Mobile World Congress on February 25.

What do you think, will you update your Note 8 to the latest OS version? Tell us your thoughts in the comment section down below! And as always, stay tuned for more information regarding Samsung and their smartphones!