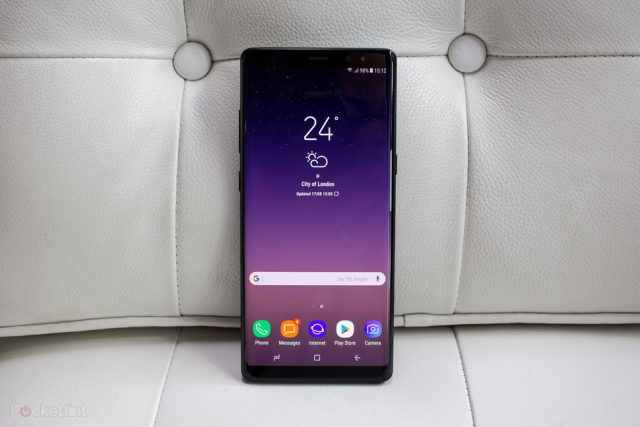 Even though Galaxy S9 and S9 + have been in the spotlight for the last couple of weeks, Samsung is already getting ready to drop its highly anticipated Galaxy Note 9. The smartphone is expected to be unveiled in late summer, but this doesn’t mean that we need to wait until then to see what type of specs and performances it will have to offer.

The reason we are saying that there’s no need to wait for Samsung to unveil Galaxy Note 9’s full specs sheet is because the smartphone has just been spotted on Geekbench. Geekbench is a benchmarking platform that smartphone companies use to test out the top performances of their devices.

This latest leak shows us that Galaxy Note 9 scores 8806 points in the multi-core test. This is super impressive and it confirms to us that Galaxy Note 9 will indeed be fueled by one of Qualcomm’s latest Snapdragon 845 octa-core processors. Moreover, the smartphone scored 2190 points in the single-core test. We should also mention that the smartphone’s processor is paired with 6GB of RAM.

Another important piece of information that we can take from this benchmark is that Galaxy Note 9 will run on Google’s latest Android 8.0 Oreo operating system. However, this should come as no surprise to anyone since Galaxy S9 and S9 + are running on the same operating system.

Samsung’s upcoming flagship smartphone is expected to feature a 6.3-inch display, just like its predecessor. In addition, the display will feature an 18:5:9 aspect ratio which is quite impressive in comparison with the standard 16:9 that most flagship smartphones have to offer. The display will sport a Super AMOLED panel which means that Galaxy Note 9 will feature rich and vibrant colors.