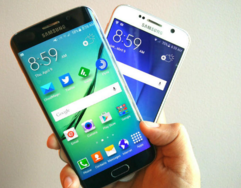 Samsung has been one of the leading names when it comes to the world of technology. A company which has been taking good use of every opportunity it gets, and it has been coming out with some of the most incredible and innovative solutions for the needs of the modern markets. The company has been witnessing some of the most exciting times as the year comes to an end as day after day it keeps getting new updates and upgrades, which has the users excited over various aspects. The company has been breaking the internet over their upcoming flagship device – the Samsung Galaxy S7.

The Samsung Galaxy S7 is expected to be announced officially during the Mobile World Congress event which will be held in Barcelona. This expectation was established after the company tipped in various statements, indirectly by saying they will be focusing on consumer electronics during the CES 2016, and it is being said that their primary focus is going to be electronics and not smartphones.

Samsung’s Galaxy S7 is also expected to come out in 4 variants, this observation comes from various previous leaks as well as cover case manufacturers showing the designs of their upcoming releases along with the price tags, which indicate that the phone would come out as Samsung Galaxy S7, Galaxy S7 Plus, Galaxy S7 Edge and Galaxy S7 Edge Plus. Additionally, one of the biggest wins that Samsung has scored over almost every other brand is that it is allegedly in an exclusive partnership with Qualcomm, which has Samsung have exclusive access to the Qualcomm Snapdragon 820 SoC processor. This latest processor is given only to Samsung devices till the April of 2016 as per rumours. Samsung is expected to make the most out of it.

Additionally, sources have been claiming that the phone would have two processor variants as well, featuring the snapdragon 820 variant on one kind of device, and another version with an Exynos processor. The Samsung Galaxy S7 is also expected to be priced higher than the S6.

What are your expectations from this next flagship device from Samsung? Comment below and let us know.