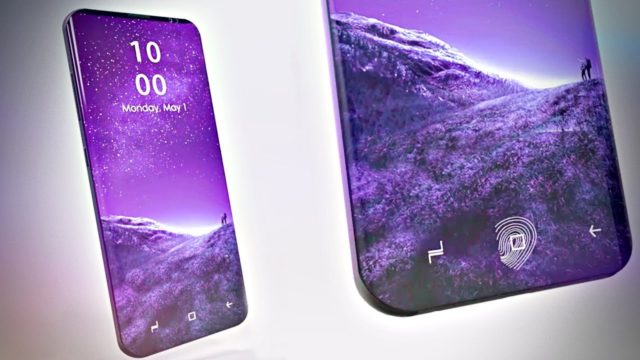 Even though the entire world is still left in awe after seeing the sleek design that Samsung’s latest Galaxy S8 offers, the South Korean tech giant is already working on its next flagship. Evan Blass, who is a known and reputable leakster, said that he has information which points out that Galaxy S9 will be unveiled during the CES 2018 event.

The internet is buzzing with rumors and speculations about how Galaxy S9 will look like and what it will have to offer. Therefore, today we are going to take a close look at the most plausible and reoccurring leaks and rumors in order to get an idea of what to expect.

First off, the most important piece of information that Evan Blass unveiled is that Samsung has been working on the highly anticipated Galaxy S9 for a couple of months now. This means that there is already a prototype smartphone and that Samsung might be adding the finishing touches right now.

Nonetheless, numerous reports are showing that Samsung and Qualcomm started working together on a new mobile chip. In case you didn’t know, Qualcomm is known for creating some of the best mobile processor ever made. Furthermore, the chip that Samsung is believed to use on Galaxy S9 will be known as Snapdragon 845.

As it is the case with every Galaxy smartphone, there will also be a variant that’s powered by Samsung’s own-made Exynos chipset. Samsung is believed to equip Galaxy S9 with the highly powerful Exynos 9810. This chipset will be more than likely equipped on smartphones that are sold outside the US. Moreover, both smartphone variants will be bundled with 6GB of RAM.

Considering that Samsung announced Galaxy S8 in late March, one would expect that Galaxy S9 will come out a similar date. However, this is not the case since Samsung waited one extra month to announce Galaxy S8.

The reason we are saying this is because all Galaxy flagship smartphones (except Galaxy S8) have been unveiled during the Mobile World Congress event which takes place at the end of February. Therefore, Galaxy S9 will more than likely come out during the last days of February.