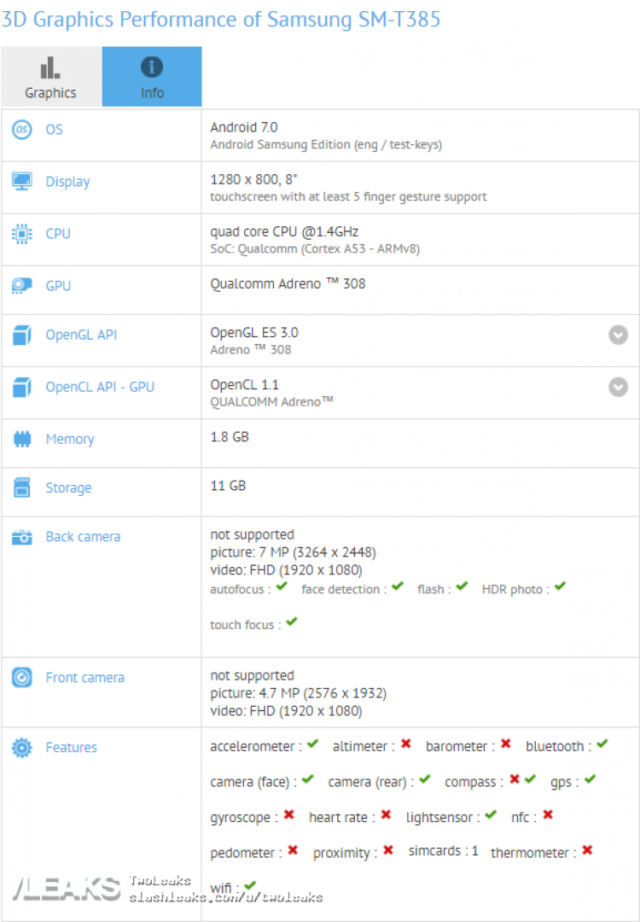 Samsung’s upcoming addition to the Galaxy Tab A series, namely Galaxy Tab A 8.0 (2017), has made its way to the benchmarking site GFXBench, revealing all its specifications. It will be a mid-range tablet offering from the Korean tech giant, which is expected to be announced in August this year.

On the photography front, it will have an 8MP rear camera in the back, and a 5MP snapper on the front. As per the listing, the rear camera will be accompanied by a LED flash and support features such as autofocus, face detection, HDR photo, and touch focus.

The tablet will support all standard connectivity options such as Wi-Fi, Bluetooth, and GPS. Besides that, the device will come with sensors like accelerometer and ambient light sensor.