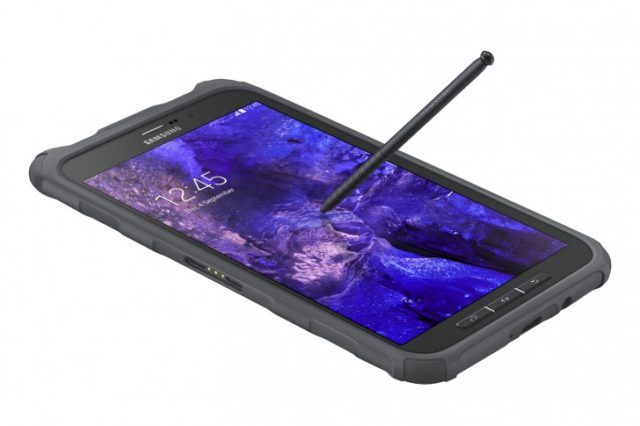 This month has been a great one for gadget fans. Not only has Apple released its highly anticipated iPhone X, but Samsung also unveiled its brand-new Galaxy Tab A 8.0 (2017) tablet. However, it seems like things don’t end there since Samsung is reportedly working on another Galaxy Tab Active 2 variant. Worth mentioning is that the first Active model that Samsung launched was back in 2014. Nonetheless, the tablet has been spotted on GFXBench and we can see its entire specs sheet.

Samsung always launches a special Active variant of its most popular devices. These variants are more rugged and durable than normal devices and that’s why they are so sought after. Samsung claims that these durable Active variants are specially designed to appeal to customers who enjoying outdoors activities such as going on a hike and who don’t want to keep stressing about breaking their device.

GFXBench is a testing platform that’s mainly used by developers who want to check out how well their devices perform. Galaxy Tab Active 2 was put on GFXBench and luckily, the platform saved every vital piece of information about it. With that being said, let’s look under Galaxy Tab Active 2’s hood and see what lies beneath.

The tablet will ship with a large 8.0-inch display which offers a high pixel resolution of 1280 x 800. Moreover, Galaxy Tab Active 2 will be fueled by Samsung’s own-made Exynos 7870 CPU. The processor features eight cores that clock at 1.5GHz and which are paired with an ARM Mali-T830 GPU and 3GB of RAM. Another important piece of information that GFXBench provides us with is the fact that Samsung’s upcoming tablet will run on Android 7.1.1 Nougat right out of the box.