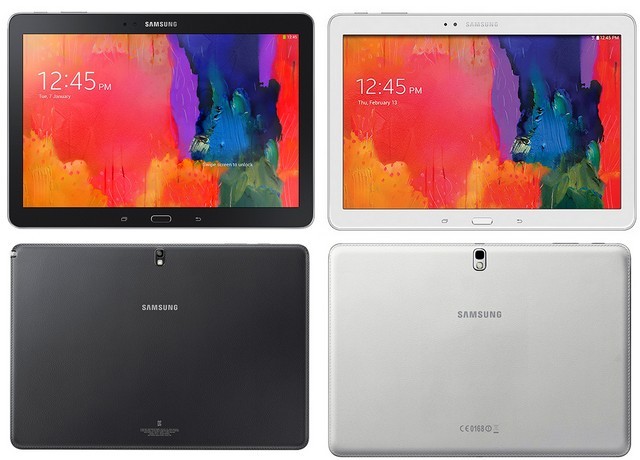 Yesterday we’ve heard the first rumors about Samsung’s first tablet with Windows 10, and today we get official confirmation of it. Galaxy TabPro S is truly the name of the new device, which seems to be exactly what we expected: a competitor for Microsoft Surface Pro tablets series, but with a weaker configuration. However, the Samsung tablet could successfully to fill the role of an office laptop.

Like the Surface Pro, the new Galaxy TabPro S uses a 3:2 display aspect ratio. It is an AMOLED screen with a 12″ diagonal and 2160 x 1440 pixels and resolution. At the core of the tablet is an Intel Core m3 and 4 GB RAM, which comes standard in both configurations available. The differences between models are obvious, in the case of internal storage, Samsung offering tablets with 128 or 256 GB SSD. It seems that the normal storage is on SSD modules and not EMMC.

According to technical specifications, Galaxy TabPro S integrates two 5 megapixel cameras (one on the front and one on the back), a 5200 mAh battery, WiFi 802.11ac, Bluetooth 4.1, GPS and a micro USB 2.0 port. Windows 10 Home is available for the 128 GB SSD configuration, while the top version is receiving Windows 10 Pro.

Along with Galaxy TabPro S, Samsung launches two accessories for this product which is already standard for this category. It is a casing that comes along with a keyboard that connects to the tablet using magnetic contacts and a stylus that connect via Bluetooth. There is also an adapter that allows connecting via the micro USB, devices with USB Type-A plugs, Type-C and HDMI monitors.

Galaxy TabPro S launches in February in two colors, white and blue, and the price has not been announced yet. The keyboard and stylus will also be sold separately.