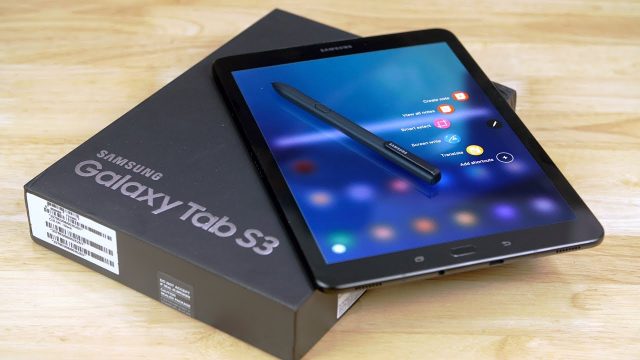 Fortunately, Samsung decided that time has come to start rolling out Android 8.0 Oreo to Galaxy Tab S3 devices that are located in the US. The new update is based on Android 8.0 Oreo and it is layered with Samsung Experience 9.0. This means that Galaxy Tab S3 will run on the same operating system as Samsung’s latest Galaxy S9 flagship smartphone.

Galaxy Tab S3 owners should keep their eyes peeled at their notification panel because the update should arrive anytime now. The update is being rolled out OTA (over the air), and it weighs in at 1229.14MB.

Therefore, people who are looking to install the major update should make sure to download it over a stable Wi-Fi network and not over mobile data.

The most significant change that Galaxy Tab S3 owners are going to notice after installing the new update is that their tablet has a new home screen. The new home screen gives users abilities such as touching and holding on an individual app to display shortcuts and recommended tasks.

Another great feature that’s being introduced alongside the new update is the “Samsung Keyboard”. The special thing about this keyboard is a toolbar which features quick access to useful functions. Moreover, the new keyboard also features GIFs and high-contrast keys.