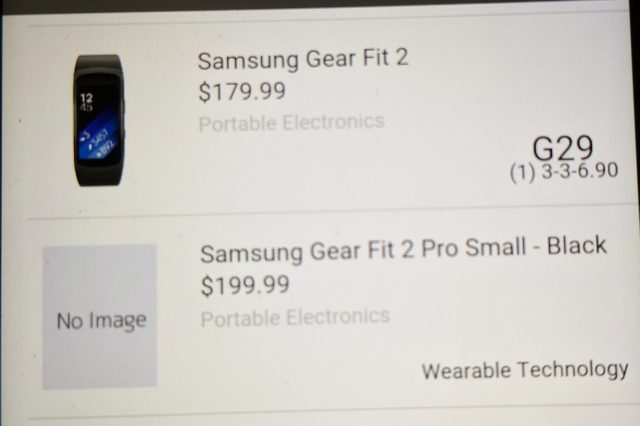 Everyone is waiting for Samsung to unveil its highly anticipated Galaxy Note 8 during the company’s “Unpacked” event which will take place on August 23rd. However, what many might not know is that Samsung wants to unveil an additional device during that event. According to a recent leak, Samsung’s new Gear Fit Pro 2 will be unveiled at the same time as Galaxy Note 8. I think it’s safe to say that this year looks like a good one for Samsung fans since the South Korean tech giant keeps on delighting them with new devices.

The leak regarding Gear Fit Pro 2 comes straight from Evan Blass who is a known leakster that has a good record of predicting upcoming tech devices. Furthermore, Evan Blass uploaded a picture which doesn’t only confirm that Gear Fit 2 Pro is ready to be unveiled, but it also showed us the gadget’s price.

With that being said, Gear Fit 2 Pro will be available for the hefty price of $199.99 in the US market. However, we don’t have any leads on how much it will cost in Europe but we can be sure that it will be somewhere around 170 Euros.

Gear Fit Pro 2’s price is quite expensive for a wearable device, especially when compared with last year’s Gear Fit 2 which costed $20 less. Moreover, Evan Blass also added that his information comes straight from a big box US retailer but he didn’t want to disclose the source’s name.

Also, worth mentioning is that even though Evan Blass leak didn’t upload a press render picture of Gear Fit 2 Pro, we can still see from its name that it will ship in all-black. In addition, Samsung might want to release a new color variant a couple of months after the device’s initial launch.