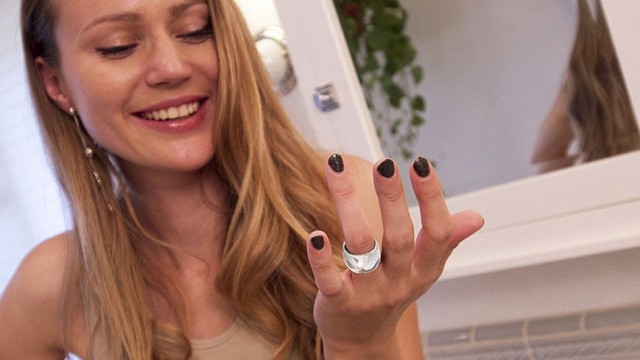 We have just accustomed with smart watches and bracelets, and big companies are already thinking about how to make us even more connected. Smart Ring could be Samsung’s next project for the wearable gadgets market.

Samsung has managed to create the best Smart Watch of 2015, after several failed attempts, it has done it with flying colors. The company will not, however, be confined to the wrist, but plans to expand on other parts of the hand as well.

In an application before the US Patent Office, the company describes a clever ring capable of displaying notifications and is connected to Facebook, and allows users to control other intelligent devices.

In one situation, the ring would have recognized Samsung smartphone that could display a context menu and functions of the ring, but other functions as well may be set.

Thus, we realize that Samsung’s smart ring could enable community control over TV, radio, lights or the shutters of the house.

Samsung is not by far the first company that thought of connected devices worn on fingers. In addition to independent developers who stormed platforms like Kickstarter or Indiegogo, also giants like Apple, Microsoft and Google have filed similar patents, but which have not materialized in products.

It remains to be seen whether Samsung will be able to turn this idea into reality and if in a year or two, we will reach the high-tech rings to create the perfect atmosphere in the house before we sit down and enjoy a movie.