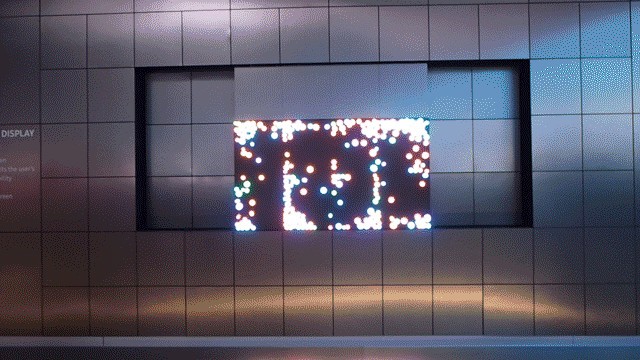 It is two years since we started seeing modular smartphones. Although none has materialized yet, Samsung comes at CES 2016 with the first modular TV.

At CES 2016 in Las Vegas this year a multitude of innovative products was presented, among them, plenty of breakthrough technologies and futuristic concepts. Even if some of them will not be on the market anytime soon, they embody clear indications of what is to see in a few years on the market.
To put together all the ways Samsung sees the future of television, they have created a booth at CES entitled Future TV Zone. In that context, the South Korean company showed several products that we will not be able to buy for the next few years, no matter how attractive they are even today.

One of the futuristic projects, which you can see demonstrated in action in the video shown by the company, is a modular TV. Made up of several borderless panels without any frame on three out of four sides, such a TV comes with the ability to be removed and refitted in a way that fits best the content that is being played.

Based on this concept, it can turn from a widescreen TV into a portrait without any user intervention. As well, it can take a TV with an aspect ratio of 16: 9, which is suitable for most HD and Full HD video streams and turn it into a 21: 9 aspect ratio TV, for classic Hollywood movies.

Given that we are talking about more and more modular gadgets lately, a TV with such a degree of flexibility, to me, no longer seems out of the ordinary. Unfortunately, at least momentarily, the costs for such TV are very high, for this reason, Samsung decided that it should fall into the Future TV Zone category.