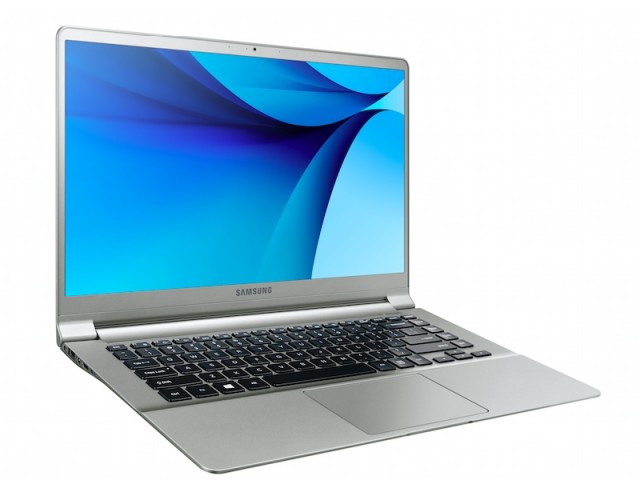 Samsung has finally launched the much awaited Notebook 9 laptop series, with two new models for starters at its pre – CES 2016 conference. Both the brand new models comes out in two sizes 13.3 – inches and 15.6 – inches. Both the laptops run Windows 10 out – of – the – box. Samsung’s latest laptops will be available to purchase from March 2016 in select countries. The pricing information is yet to be announced for both the laptops.

These laptops have far better processing power stuffed in them yet the company has somehow managed to keep both the laptops to their lightest. The 13.3 – inched laptop weighs just 0.84 kgs with a thin waistline of 13.4 mm, the 15.6-inched laptop weighs just 1.29 kgs which is 14.5 mm thick only. Samsung has ditched the plastic body and both the latest laptops have magnesium alloy build. Both 13.3 – inched and 15.6 – inched laptops by Samsung have almost similar specifications when looked under the hood. Both the models are powered by powerful Intel Skylake-U series processors. Both the laptops portray 1080p displays. The consumers will get to choose between 4 GB of RAM and 8 GB of RAM. As for the storage front the users will be given the choice range starting from 128 GB SSD up to 256 GB SSD.

Both the brand new laptops by Samsung have the feature of 1.5 mm of key travel; this is something that could improve your typing experience. Both versions of Notebook 9 are set to have a back – lit keyboard.

The versions of Notebook 9 have two USB 3.0 ports. The 15.6 – inched laptop has an additional USB 3.1 port Type – C connector with DisplayPort capability too.

The senior vice precedent of Mobile Computing at Samsung Electronics America, Gary Ridding said that having a laptop that is easy to carry around but doesn’t sacrifice functionality or style is no longer just a luxury – it’s a necessity for many people.

What are your thoughts on Notebook 9? Comment below and let us know.