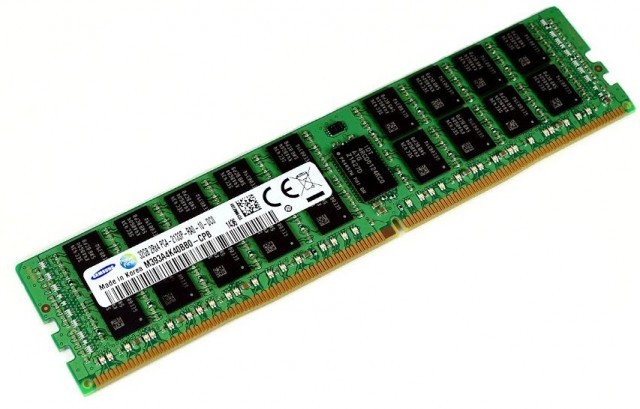 Many of the top smartphones on the market have started to come up with specifications similar to those of some laptops by incorporating 3 or 4 GB RAM and quad and octa-core processors. Although we could say that the performance on PCs stagnated in recent years, many PCs are still equipped with 4 or 8 GB of RAM, some companies are working to push the technology forward. Samsung is one of them, which just launched an impressive DIMM RAM.

It is a single circuit board that can hold memory chips adding up to 128 GB in total. To build such memories, Samsung used a new architecture called “through silicon via”. This allows overlapping memory chips and connecting them through vertical silicone tubes passing each level. Thus, it is not necessary to connect each chip the classic way, using conductive circuits, leading to a much higher memory density.

To achieve such a DIMM memory, Samsung has integrated 144 4GB chips on a single circuit board. They are arranged in 36 “packages” that are placed on both sides of the circuit board. According to the company, this memory is the biggest and the most efficient in terms of energy consumption in the world.

Of course, we will not be able go tomorrow in the store and purchase a PC equipped with it. There 128 GB Samsung memory chips are dedicated servers and backend business solutions. The price of such a circuit board has not been revealed yet, but will most likely reach several thousands of dollars per piece. But certainly with the development of this “through silicon via” technology, perhaps we will see more solutions available to customers in smaller capacity, like 32 or 64 GB RAM on a single memory.