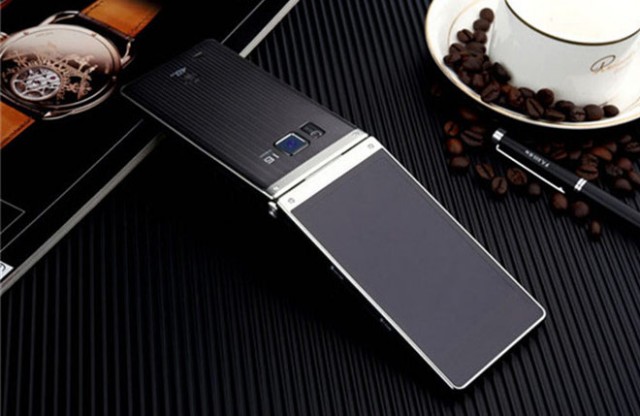 It seems that in Asia there is a real demand for clamshell format mobile, whereas Samsung is planning to launch a new such model in the region. In recent years both Samsung and LG have launched such models in South Korea and China, with very interesting specifications. Such a smartphone is MS-W2016, which seems to be a clamshell version of the current flagship, the Galaxy S6.

The images of the new W2016 come from China’s TENAA committee that approves devices for marketing in the country, and has a design inspired by the lines of present Samsung smartphones. The back of the device is made of curved glass and reminds a lot of Galaxy S6 and Galaxy Note 5.The camera and flash seem to be extracted directly from the Korean manufacturer’s flagship models, and on the outside we are dealing with a protected display, with curved glass. But the rest of the phone seems to have traveled in time from 2003. At least when talking about the appearances of the phone when opened.

On the inside, Samsung has integrated current and unexpectedly strong hardware. We are talking about a Exynos 7420 64-bit chipset, 3 GB RAM, 64 GB of storage space, 5-megapixel front camera and the famous 16 megapixels main camera, ISOCELL. Both AMOLED displays have a 3.9″ diagonal and HD resolution (1280 x 720 pixels). All of this will be integrated into a housing made of glass and the device will weigh 204 grams.

It is possible that this device will remain only on the Asian market, but there are always ways to order from anywhere for those who want it. The price is not confirmed at the moment and specifications suggest that it will not be very small.