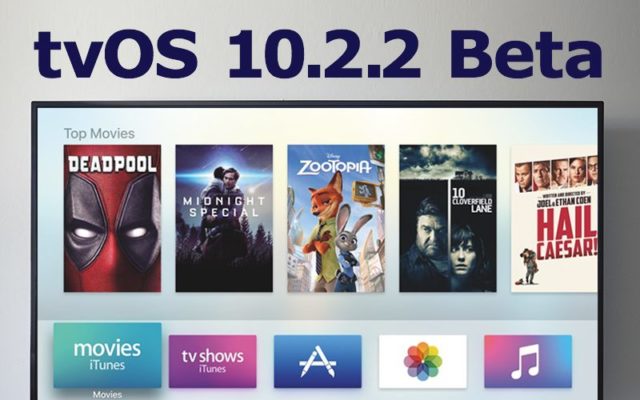 Recently, Apple has released the second tvOS 10.2.2 beta version dedicated to the Apple TV. The new beta version lets developers enrolled in Apple’s developer program to test whatever apps they developed on the future software update.

The tvOS 10.2.2 comes after the release of the tvOS 10.2.1, which was made available to all users before. Both of them focus in fact on improving the security and bringing bug fixes. Sadly, none of them actually brought some new features, which might leave some users unhappy with that.

Even though there are no significant major features introduced with the new version, there are some changes many people appreciate. For example, you can now enjoy a dark mode that can be found in the Settings menu. This will change the appearance of your device from light to dark, and it will also remain like this when you are using apps.

Another interesting update is the fact that you can now automatically download apps. For example, if you download Netflix on your iPhone or iPad, you will also be able to use it on the Apple TV too, which is much more convenient.

One last change that takes place is the fact that the Pictures get a new feature called Memories. With this, you can group together photos or videos by the location or time frame. Moreover, it helps you make a presentation of them, which you can play for your loved ones.