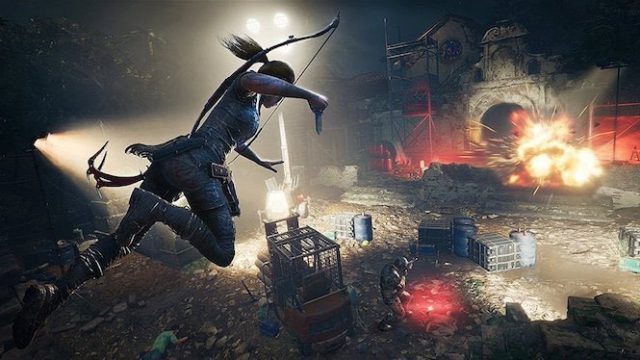 Did you miss Lara Croft? Well, then you should be happy to know that Microsoft released a brand-new trailer for Shadow of the Tomb Raider. To make things even better, the video teaser is not the only treat we get because Amazon also leaked a couple of screenshots from the upcoming game which leads us to believe that the game is close to its launch date.

The trailer is three minutes long and despite this, it doesn’t show any gameplay. On the bright side of things, it does give us some insight of the game’s plotline and to no one’s surprise, Lara Croft is stranded in a jungle filled with bad people once again.

Even though the story might seem repetitive, we think it’s safe to say that no one is mad about this. The game trailer is filled with cinematics that look awesome and the most interesting thing about it is that it shows us a mystic shaman, something that Tomb Raiders games are not known to have.

The interesting thing about this trailer is that Microsoft wasn’t supposed to release it now, especially since the game is scheduled to come out on September 14th. Everyone believes that the reason why Microsoft rushed and released this leak is because Sony basically forced its hand with God of War.

God of War is a PS4 exclusive title and is regarded as one of the best games to come out this year. This is making Xbox fans feel neglected by Microsoft. Not just that, but every gaming community is talking about how Sony’s exclusive titles are more awesome than what Microsoft offers and this is bad press that Microsoft doesn’t afford.

Nonetheless, fans of the Tomb Raider franchise are going to receive an awesome game on September 14th and it’s going to be interesting to see how well it compares against PS4’s highly rated God of War.
[youtube https://www.youtube.com/watch?v=_WvEmEzujyg]