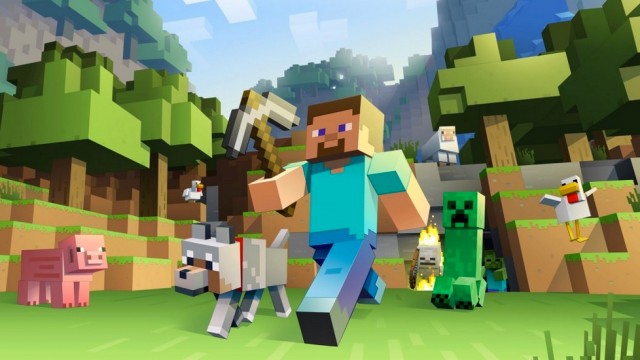 Minecraft is among the most popular games ever, because the age range of the game is not limited, and the game combines the users creativity and ingenuity of the players giving them the option to basically create everything they put their mind to.

The game has three game modes. The Survival mode where the players has to survive alone and create a shelter, weapons, armor, food so he can survive the beasts that come out at night. The second game mode is the Hardcore Survival mode, which has the same features as the first mode, but a more difficult rate. Resources are more scarce, the AI beasts are more aggro and you are more than likely to die the first days, and the third mode is the Creation mode that gives the players endless resources, the ability to fly and so on, so they can create whatever they want, wherever they want. And this is why the game managed to go from a mod developed by Notch, to a $99.6 billion gaming industry.

The fact that the player has the freedom to create almost everything he wants, means that the option to share and print 3D creations from Minecraft will have a huge success among fans.

Another major improvement this new feature will bring to Minecraft will be that its going to improve social aspect of the community. Users creations will be uploaded through Remix 3d and it will give another place to gather and check other players creations for the massive Minecraft community.

The news was broke at the Windows 10 event in New York City, Microsoft said that the option to 3d print and share players creations from the Minecraft world will be possible coming next year.

At the event Microsoft revealed a new art creation tool, the Paint 3d, which will also be available for 3d printing.