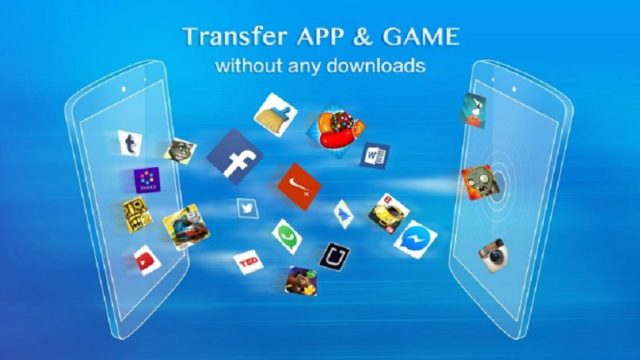 At its core, SHAREit is a cross-platform near-field communication tool. This means that it allows both Android and iOS device to communicate with each other, without requiring a Wi-Fi or cellular data connection.

SHAREit is a great app for transferring important documents, pictures, music and so on because it features a speed of 20M/S. This transfer speed is 200 times faster than what Bluetooth connections offer.

The reason we are talking about SHAREit today is because the develops behind the app have recently published a new APK (Android Package Kit) update. This update brings the app’s build number up to 3.10.6 and it requires 5.8MB of free storage space. We should also mention that this update is exclusive to the Android ecosystem and that it needs a minimum of Android 4.0 Ice Cream Sandwich operating system to function.

The new update is not focused on bringing too many visual changes. However, the update is focused more on optimizing the app’s overall performance and to improve the user experience. The first thing that SHAREit users will notice after installing this update is that the app starts recommending more popular videos and music which are based on what the user liked in the past.

SHAREit users are now allowed to set the definition of the app’s online videos. This is a great addition since users will be able to adjusts videos to suit their liking better. The last feature that’s being introduced with this new update optimizes the app’s software so that its able to run even better than normal.

SHAREit is the fastest near-field communication tool in the world. Users can transfer files nearly instant at speeds of 20M/S and this makes SHAREit a great app to have, especially since it doesn’t require an internet connection.