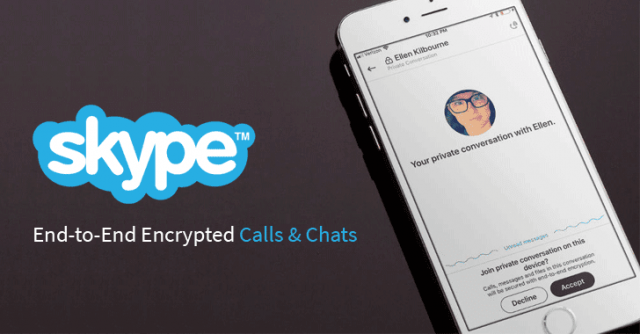 Skype has been one of the most popular chatting apps in the world ever since it launched back in 2003. In fact, Skype is considered the “go to” app when it comes to official video calls such as job interviews for example. However, this past couple of years have not been so good to Skype since the chatting app has been losing some of its popularity because app such as WhatsApp joined the market.

Skype is introducing a new feature called Private Conversations. As we can clearly tell from the feature’s title, it has been developed with for the sole purpose of giving Skype users a way to communicate with each other without having to worry about any third parties “eavesdropping” on their conversation or intercepting the media content that they share.

Not a Default Feature

Another cool thing about Private Conversations is that it will hide content in notifications and the chat list so that no one can take a peek at the user’s smartphone display and see who they are talking with. Nonetheless, this is a great addition to Skype and we can only hope that it will be set as default in the future.