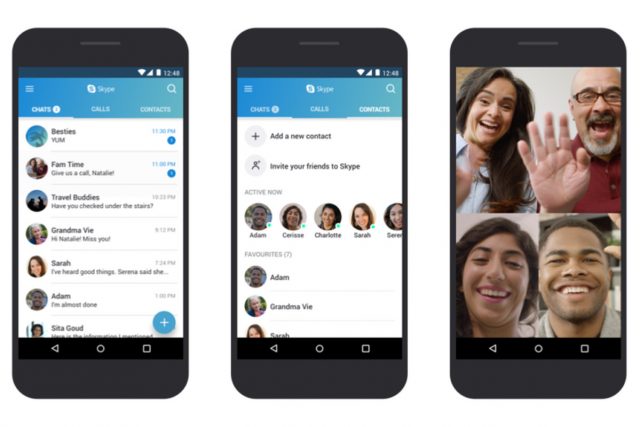 It has become a trend for companies to develop mini versions of their apps, fashioned with lower-end specifications in mind rather than their more expensive counterparts, or even for smartphones located in areas around the globe that do not benefit from the reliable internet.

This has proven to be an effective approach for multiple companies; a great example being Facebook which achieved in December of last year 100 million installs of the Lite version of its Messenger app. Another example would be Android Go, developed by Google, a barebones version which requires significantly less processing power, RAM and storage.

Having said that, apparently, another giant, Microsoft, is toying with this idea too and revealed an update for their proprietary instant messaging, video calling and screen sharing app, Skype. With this update, the app would be revamped for cheaper, lower-end Android devices.

This update—starting to roll out in the next few days—is lighter on both disk and memory consumption, allowing for greater speed and better audio and video quality on lower end Android devices, as well as increased performance in challenging network conditions.

Microsoft’s statement also includes that this update will show the most improvement on devices that are running Android KitKat 4.0.3 to Android Lollipop 5.1, certainly older versions of the operating system.

Installing the latest version of Skype for Android has never been this easy. All you need to do is open up the Play Store, navigate into the dedicated Updates section, locate Skype, then tap the Update button. That’s really all there is to it.

The update is supposed to arrive to every single eligible user in the world throughout the following weeks. If you are an Android user with an older version on your phone or tablet and you also happen to use Skype, then this update will certainly be a welcomed change.