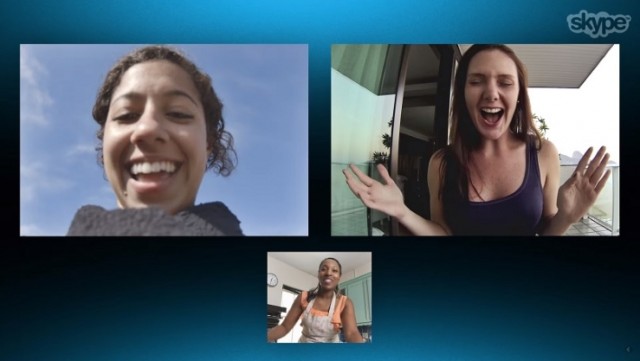 People who have hoped to be able to video chat simultaneously with multiple people via Skype Mobile will soon have this opportunity.

Skype is considered one of the most popular online services for video calls around the world. This is due to the fact it has the most seniority. Ultimately, they have even launched a video to celebrate 10 years of existence.

To celebrate the anniversary through a noble gesture, company officials announced that users will soon be able to have video conversations with several individuals simultaneously on smartphones and tablet. The feature is available for desktop Skype users for some years, but starting this year it will be available to those who use Skype on platforms other than PC or Mac. “Today, we are excited to announce the next evolution – group video calls on Android, iPhone, iPad and Windows 10 Mobile.” The announcement was made through a company blog post by Gurdeep Palla.

Since the functionality update is very important, propagation process will take place in stages. As a result, do not expect everything to happen from one day to another. Instead, in the coming weeks will group call will be available to all the users of the mobile service. It is not known currently whether it will materialize through a new version of the application, or the iteration that you use this time it is already compatible with the new feature.

If you burn with impatience and you are very curious about the feature that will be implemented as described above on iOS, Android and Windows 10 Mobile, you can register on the company website to be among the first to have access to it. Simply fill in your email address, Skype ID, the country and the device you use Skype the most.