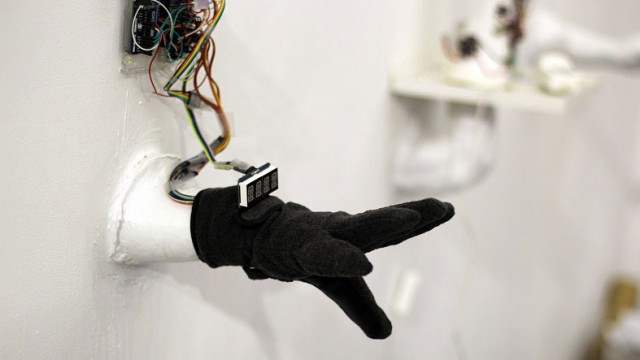 The smart gloves have the potential to remove man from static technique. They can help us deprive ourselves from the joystick or even the computer mouse.

Scientists from Polytechnic University of Turin (Italy) in partnership with the Massachusetts Institute of Technology have conducted a study led by Giorgio De Pasquale. They made a smart glove.

Researchers believe they have done a step towards Goldfinger – a self-powered glove that allows the simplest gesture control.

Although similar with ski gloves in appearance, Goldfinger gloves hide integrated electronic and mechanical components in the material they are made of. They are designed to be more comfortable than similar devices, while providing a simple way to enter data and commands.

Goldfinger connects wirelessly to a computer or other devices and finger movement generates energy using flexible piezoelectric transducers. Because of this component, weight and the need for power cables is reduced. Besides this, the sensors, switches and wiring are built into the material from which the gloves are made. This gives to the man wearing the gloves, the feeling he is wearing real gloves instead of having a control mechanism in his hand.

The gloves work by using simple gestures to control various machines and systems. These movements are detected and interpreted by the glove and the optical software integrated in it.

The team provides a range of applications for the Goldfinger gloves in various fields such as: industrial, medical, and virtual, including planetary management, as an ergonomic control device for robotics development, but also for staff training simulations.