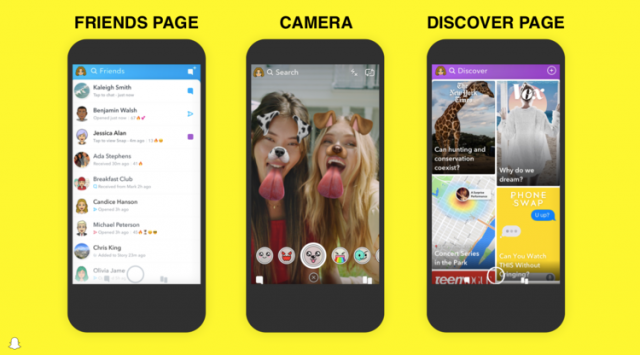 Snapchat fans should be happy to know that a brand-new update is rolling out. To make things even better, this update contains the highly anticipated redesigned UI (user interface). We should mention that the update is currently rolling out only to iOS fans. Nonetheless, seeing that Snapchat is redesigning the app’s UI is great because it means that the app is listening to what the community has to say.

In case you didn’t know, Snapchat completely redesigned how the app’s UI looks during last year and this didn’t sit well with most Snapchat fans. In fact, there was a petition where 1.2 people signed it in order to prove to Snapchat the new layout is bad and that they want the older one back. Luckily, the company seemed to listen to the feedback it received because this latest update comes with another redesign.

According to the patch notes, this new update will categorize Snaps and Chats in chronological order once again. Not just that, but the Stories that people receive from their friends are going to be moved to the right-hand side of the app thus making them more accessible.

Another great addition that this new layout brings is the fact that Snapchat can simply swift left when they start the app and hundreds of videos from their friends and popular Snapchat personalities appear.

“We learned that combining watching Stories and communicating with friends into the same place made it harder to optimize for both competing behaviors. We are currently rolling out an update to address this by sorting communication by recency and moving Stories from friends to the right side of the application, while maintaining the structural changes we have made around separating friends from creators and sorting friends’ Stories by relationships” said Evan Spiegel who is the company’s CEO.