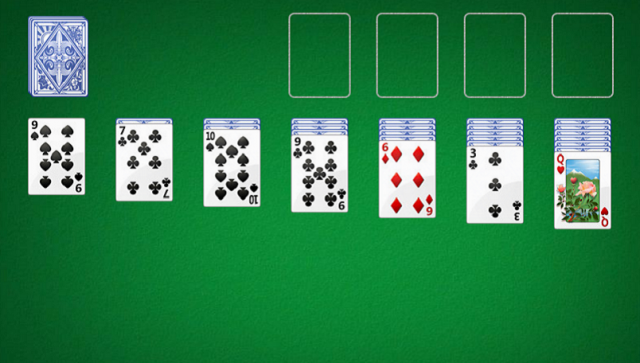 Microsoft’s card game, Solitaire is the best way to pass time whenever waiting for something like for your internet connection to come back. Microsoft added Solitaire to their Windows PCs over 25 years ago and almost everyone who owned a Windows PC played Solitaire. Great news iOS users, Solitaire has been made compatible with Apple’s iOS as well. The game includes fives card games and daily changes that are surely going to entertain you.

The collection includes the following five Solitaire modes: Tripeaks, Pyramid, Klondike, Spider and the most popular one FreeCell. If you are a loyal iOS user and never used a Windows PC, you don’t need to worry since the games will come with detailed instructions on how to play them.

In this game mode the player will have to select cards in numeral sequence to be able earn combo points and he can finish the game after clearing all the boards. What makes the game interesting is that it only gives the player a limited amount of deals.

In order to earn score points the player has to combine cards numbers that equal the number 13 and by doing this the player can reach the top of the Pyramid.

The Klondike mode is the basic Solitaire version and it can be defeated by clearing the card board using three card draws.

The card board is made out of eight columns and the best way to earn points is to clear the board with only the fewest moves possible. This game can get quite tricky since it can be played in a single suite or in four suits, that’s surely going to challenge the player.

FreeCell players have to think in advance, just like in a game of chess if they want to clear the board. The players have to use the four extra cells in which they can move cards.