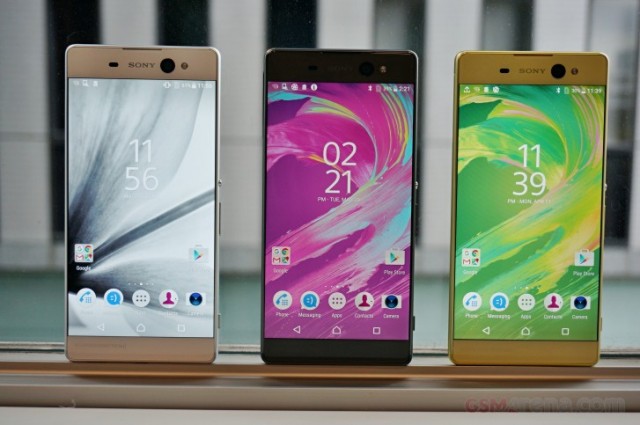 The new Sony Xperia smartphone was announced recently by the parent company and it has so far been marketed as the ‘perfect night time selfie phone’ due to its presumed 16 MP front camera complete with low-light sensors and optical images stabilization options.

This awesome selfie taking feature can be found on both the front 16 MP camera and the 21.5 MP camera on the back (which is very powerful). Not only is that but there is also a gesture control perk that you can use on the front camera. Basically all, you have to do is wave your hand in front of it and it will automatically start a shutter times. These are very powerful cameras indeed.

The Xperia XA Ultra will also sport a 6 inch screen and will supposedly last for two days after a full charge. The last part is hard to believe since it will only sport a 2,700 mAh battery. Regardless of this, the model will also come with a charger which will give the phone 5.5 hours of battery life after charging for 10 minutes.

Furthermore, the Xperia XA Ultra is also presumed to sport an eight core MediaTek MT6755 processor, 3GB of RAM and 16 GB for storage. The storage is expandable to 200 GB thanks to a microSD card.

It appears that Sony is trying to make its way into the improved for selfies phone market, like HTC did a while ago with the 13 MP Desire Eye feature. However, any 16 MP camera is great for selfies and Xperia XA Ultra’s huge display is also a plus as it can enable users to edit photos or selfies a whole lot better than they would on a phone with a smaller display.

This is quite interesting as there have been many rumors going on lately about Sony’s elimination some of its smartphone model lines like the C, M and Z ones, in order to focus more on the X range phone models.

So far, there’s no news on the pricing for the Xperia XA Ultra.