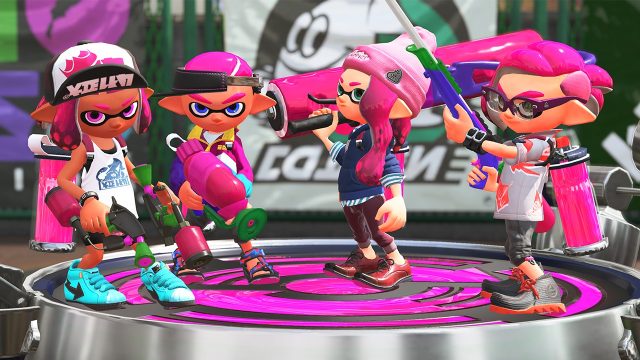 The whole gaming community is enthusiastic about the upcoming Nintendo Switch release. The new hybrid console will be launched on March 3rd and it’s expected to take the market by storm. There are many things that make Nintendo Switch desirable such as the fact that it’s a hybrid console but what truly riled fans up is that it will come with a bunch new exclusive games.

Everyone knows about the highly anticipated Legend of Zelda: Breath of the Wild Nintendo game, but there’s another Nintendo Switch exclusive title that will be even more fun to play. The game we are talking about is Splatoon 2. The developers behind the game have designed it with one purpose in mind, to make it the most fun game ever.

Splatoon 2 fits in the shooter genre, but it’s not your usual shooter game. Even though the game is a shooter, players will be equipped with paint guns instead of the usual shotguns and pistols. This is a great thing because it doesn’t make the game so violent and it appeals to younger ages. Additionally, the game is filled with amazing colors as a result of using paint guns.

The reason why we are talking about Splatoon 2 is because the game’s first demo is about to come out. Nintendo announced that during March the demo version of Splatoon 2 will be made available. Players will only be able to play it for three days during a limited time.

Worth mentioning is that these are pacific time zones. Nonetheless, it’s great seeing that Nintendo wants to provide Switch players with such a huge array of game options. We can be sure that Nintendo’s sales percentages will boom during March.