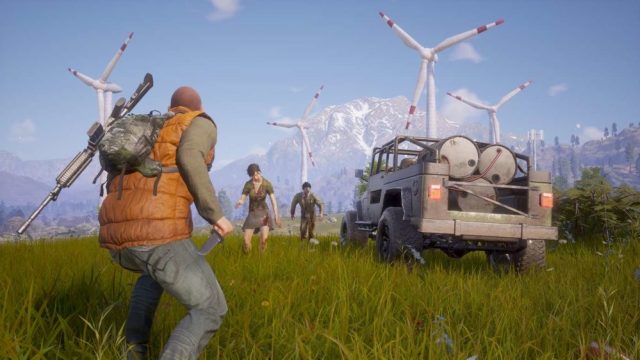 If you like zombies and have already played the State of Decay, we have good news for you. Microsoft has just announced the availability of the second version of the game, the State Of Decay 2: Ultimate Edition, available via the Microsoft Store.

Although it will officially arrive on May 21st, the most impatient can already get it today with the purchase of State of Decay 2: Ultimate Edition.

This special edition features the ability to play four days before its release, so you can start exploring this apocalyptic world right now.

The benefits you’ll get for buying State Of Decay 2: Ultimate Edition

If you purchase this Ultimate edition of State of Decay 2 now, you’ll get the following benefits:

State of Decay 2 is a zombie survival game in which gameplay is experienced from a third-person perspective. It puts us on a planet devastated by a zombie apocalypse.

We must create a community of four survivors with whom to form a settlement not only survive but to prosper.

The game brings us an open world proposal in which we have to survive and find the resources to keep our community safe and happy.

Establish a base, develop your characters, and manage the resources to survive in a post-apocalyptic world are just a few of the main characteristics of the new State Of Decay title.

State Of decay 2: Ultimate Edition is enhanced for Xbox One X and compatible with Xbox Play Anywhere

State Of Decay 2: Ultimate Edition comes as an Xbox Play Anywhere game so you can have it with just one purchase on your PC and Xbox One, at the same time.

It will also be released within the Game Pass and enhanced for Xbox One X. You can get it from here.