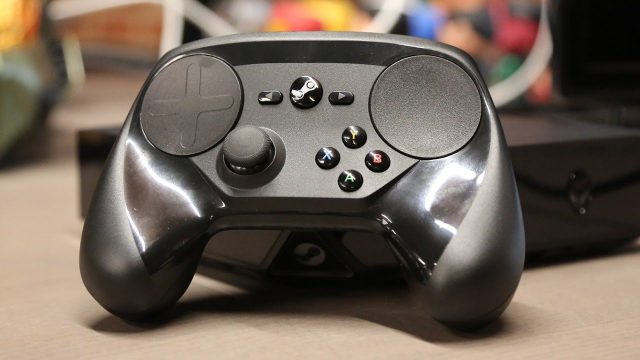 Even though Steam is the most popular game store in the world, Valve feels like its being left behind by the likes of Microsoft and Sony. The reason behind this being that Microsoft and Sony keep selling games for their consoles through their own online stores. However, Valve is trying to expand in the mobile industry in hopes of making it more difficult for other game stores to compete against it.

While Android and iOS fans might have a couple of different ways of purchasing games, Steam believes that its able to offer them the best service. What makes Steam different from other mobile games stores is the fact that it adds supports for its Steam Controller.

The Steam Controller is there to give mobile users a way of playing games like they would do on a PC, Xbox or PS4. To make things even better, Steam recently announced that it plans on launching Steam Link which is going to make it possible for Steam users to stream their PC gameplay on smartphones.

The reason why we are talking about the Steam Controller today is because Valve recently announced that the beta version of it supports Bluetooth connection. While this might not sound like groundbreaking news, it’s actually quite important when we take a look at the bigger picture.

From the looks of it, Steam wants to provide its users with the means to play PC games on their smartphones. As crazy as this might sound, Steam will actually be able to do that with the use of its newly added Bluetooth support to the Steam Controller and the upcoming Steam Link app.

All that we can do right now is wait for the Steam Link app to be officially launched and see if Steam users will actually be able to play classic PC games such as Quake Champions and Pillars of Eternity 2 on their smartphones.